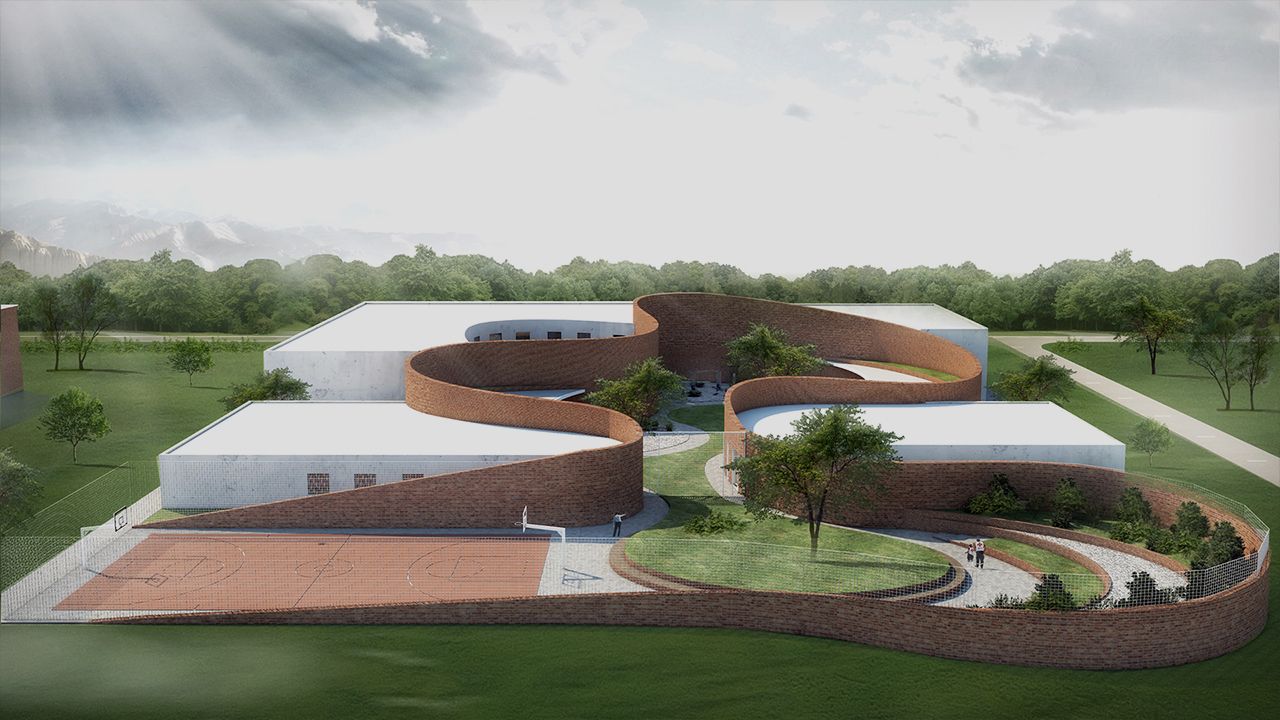 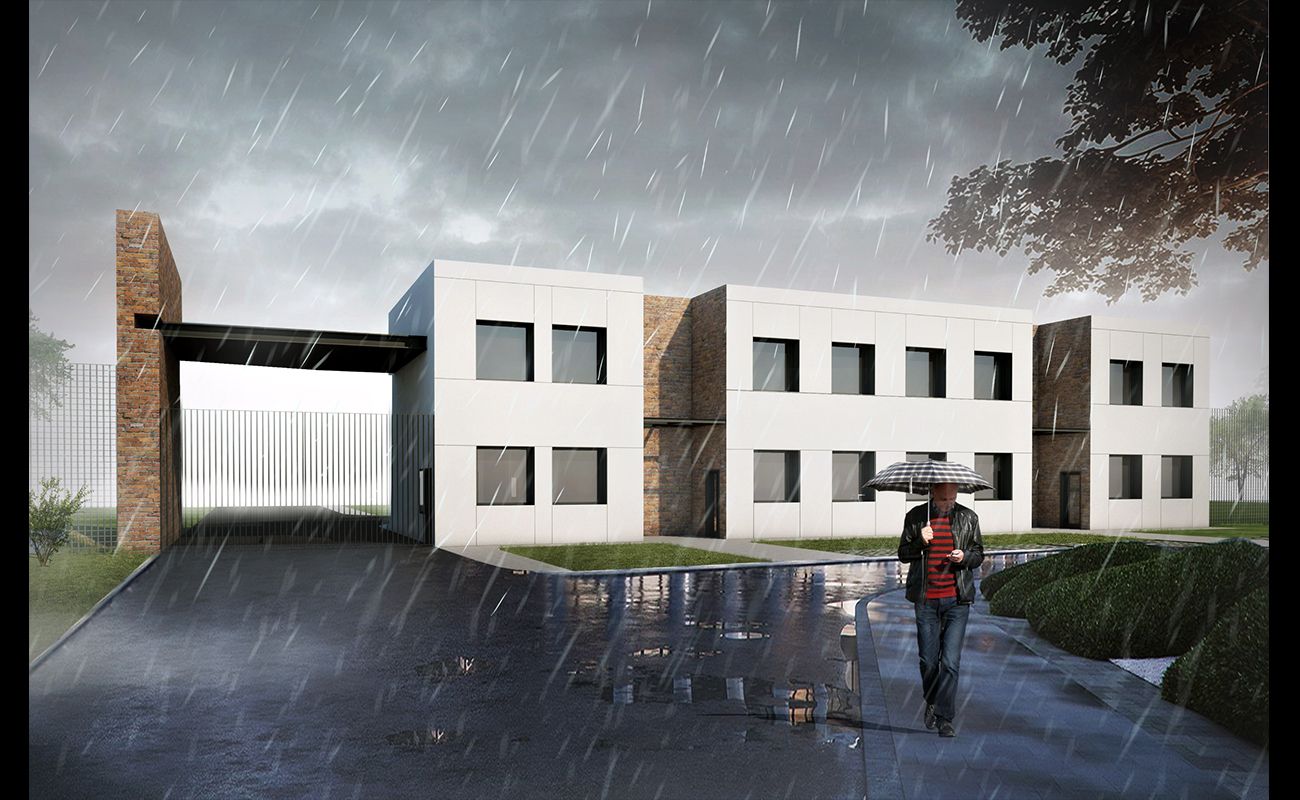 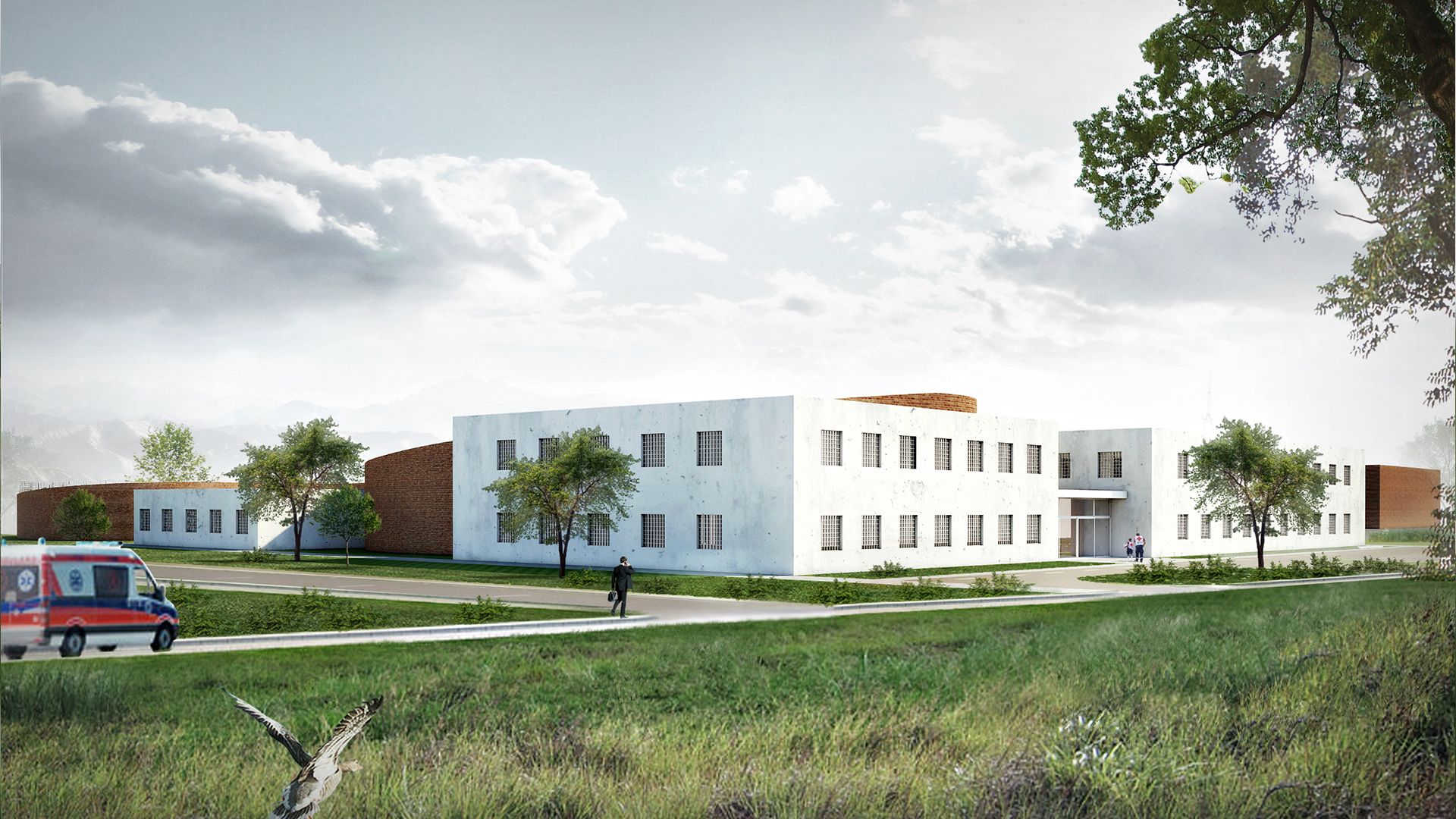 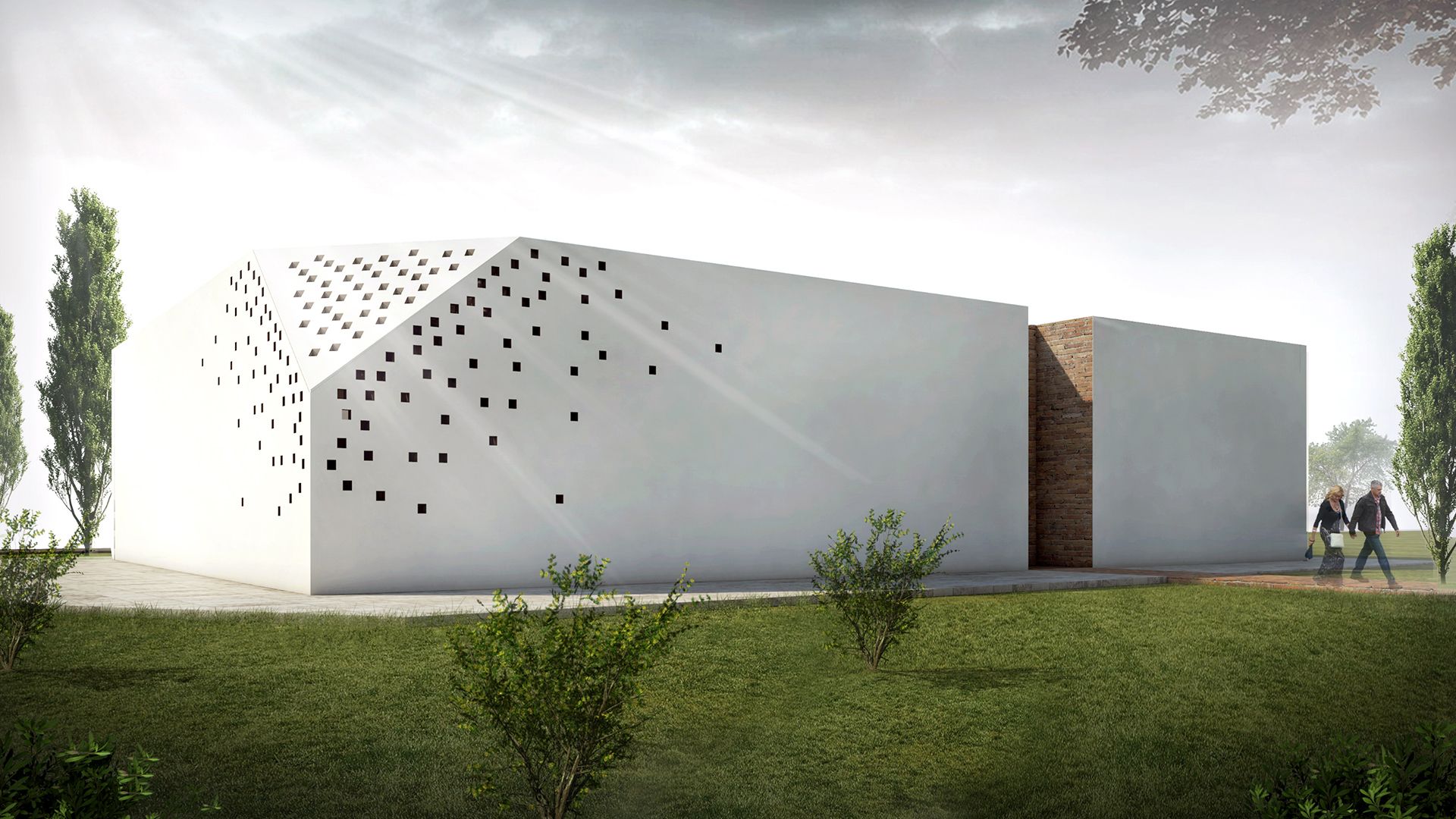 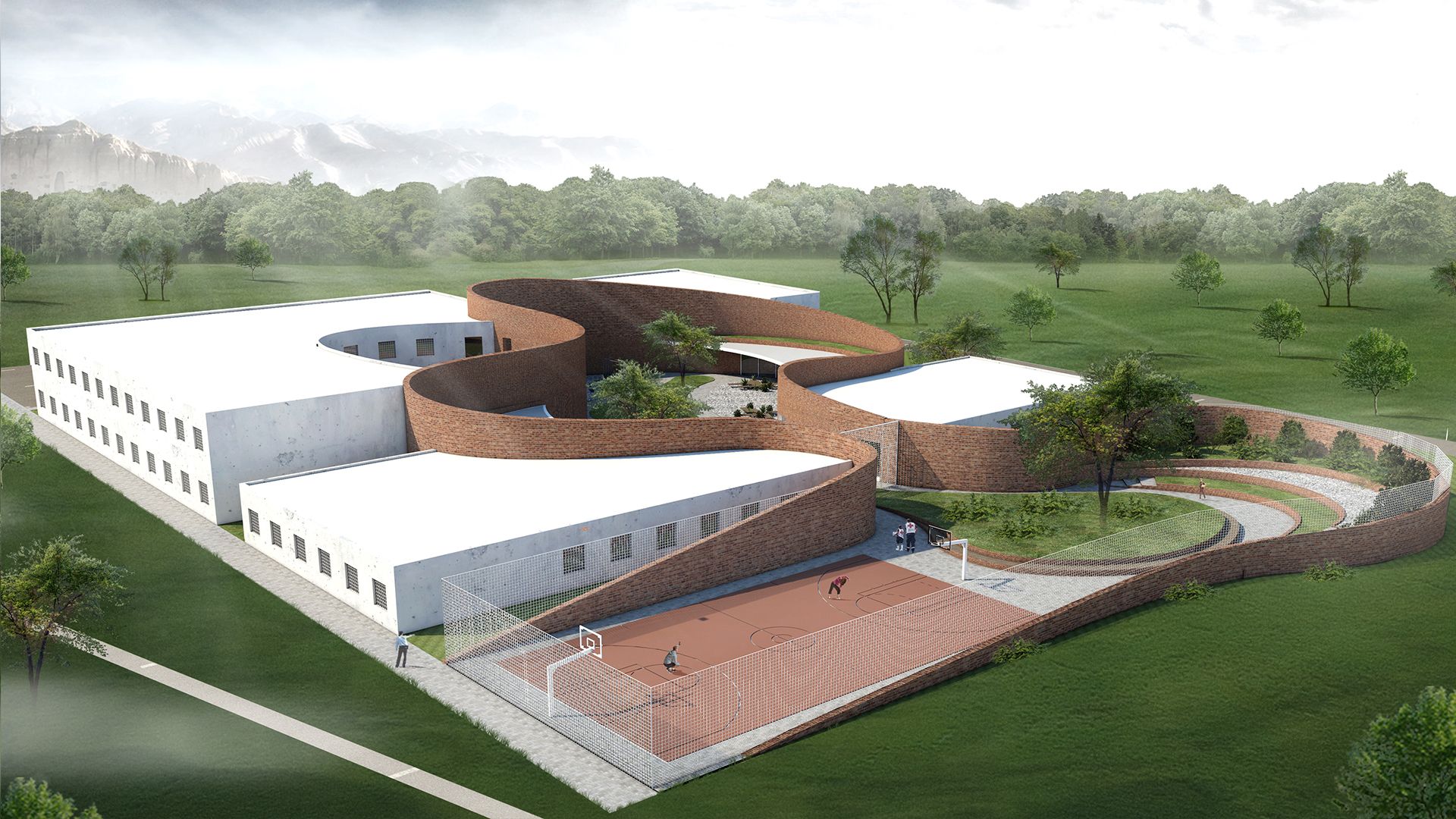 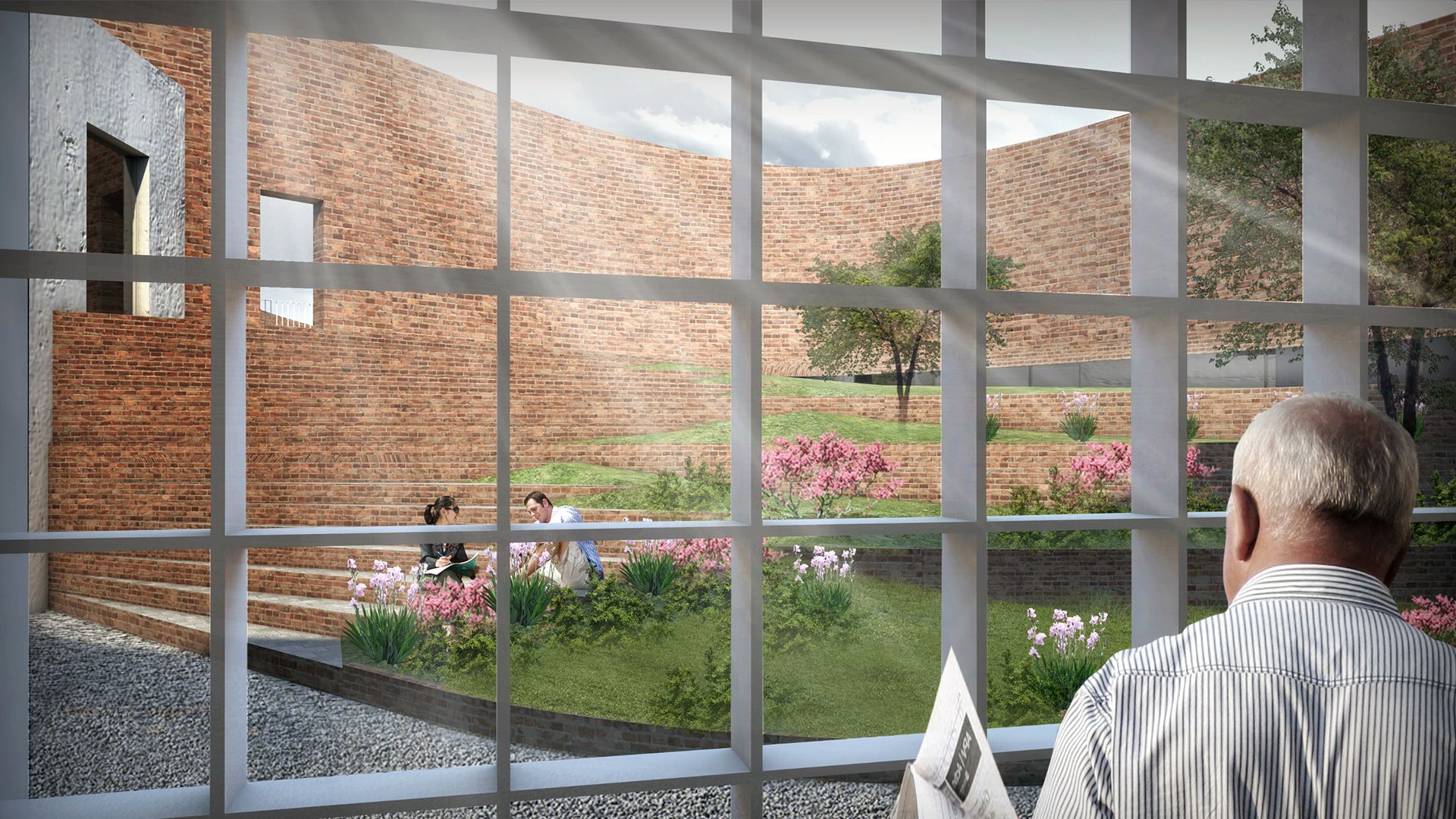 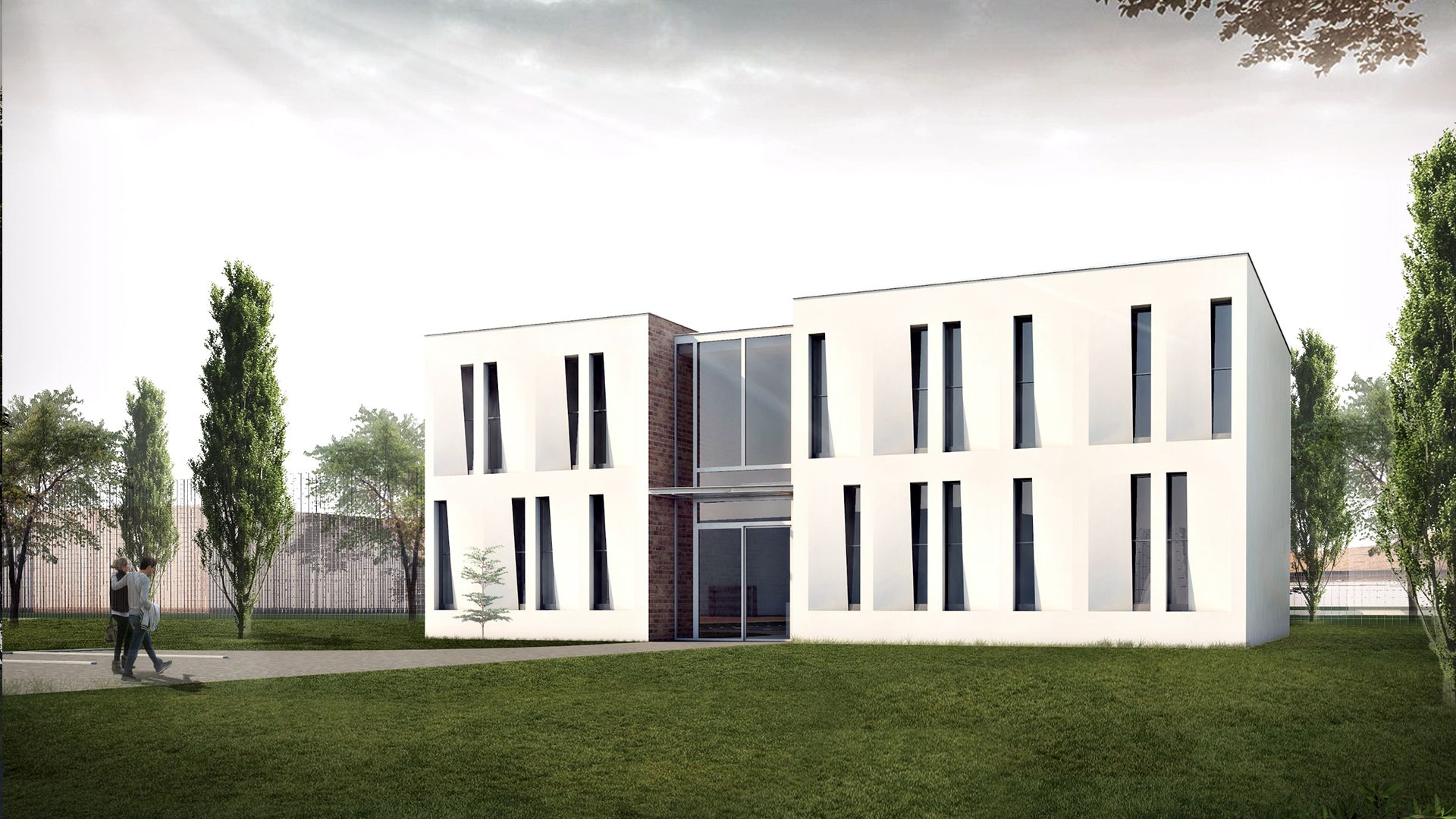 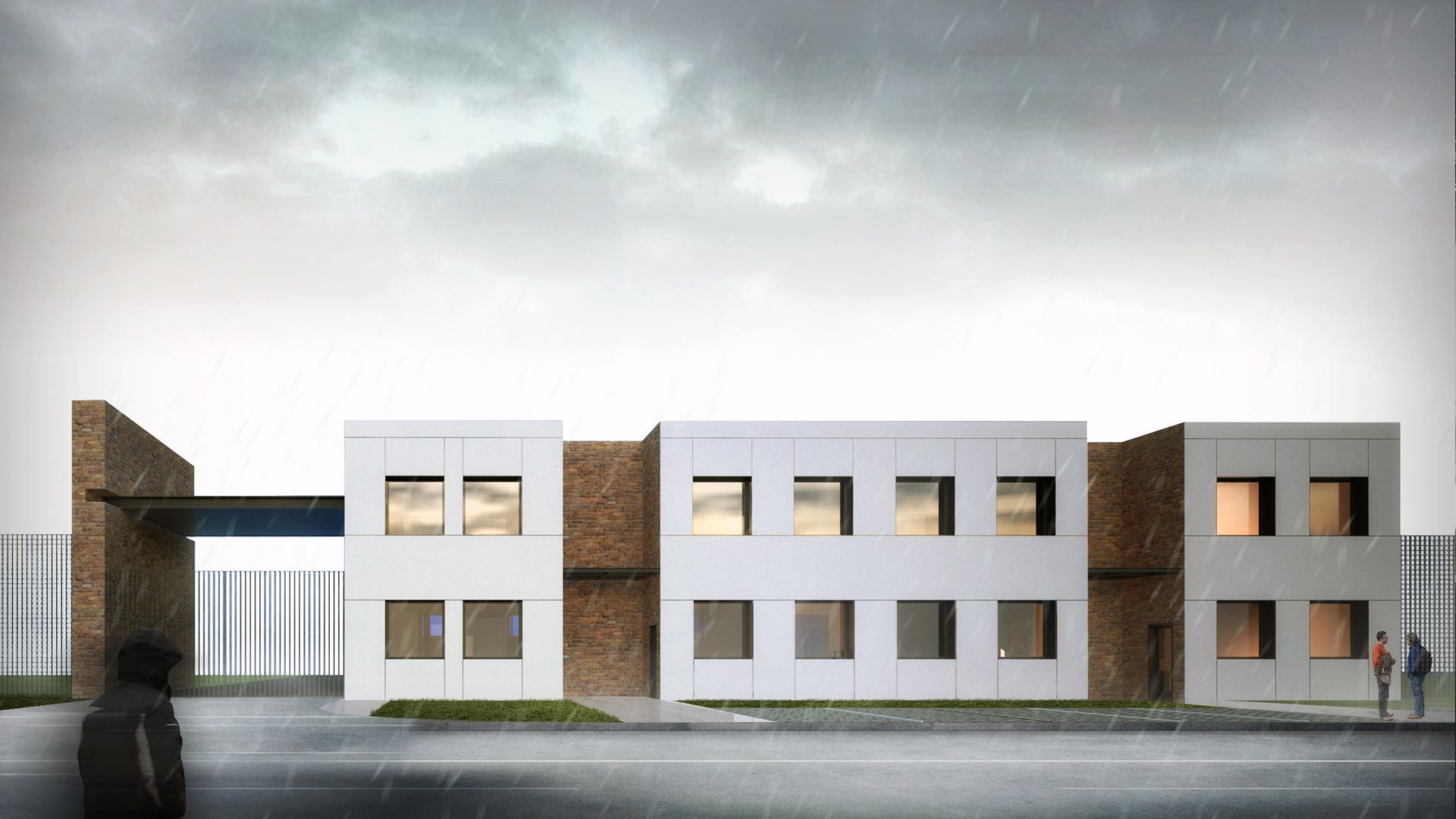 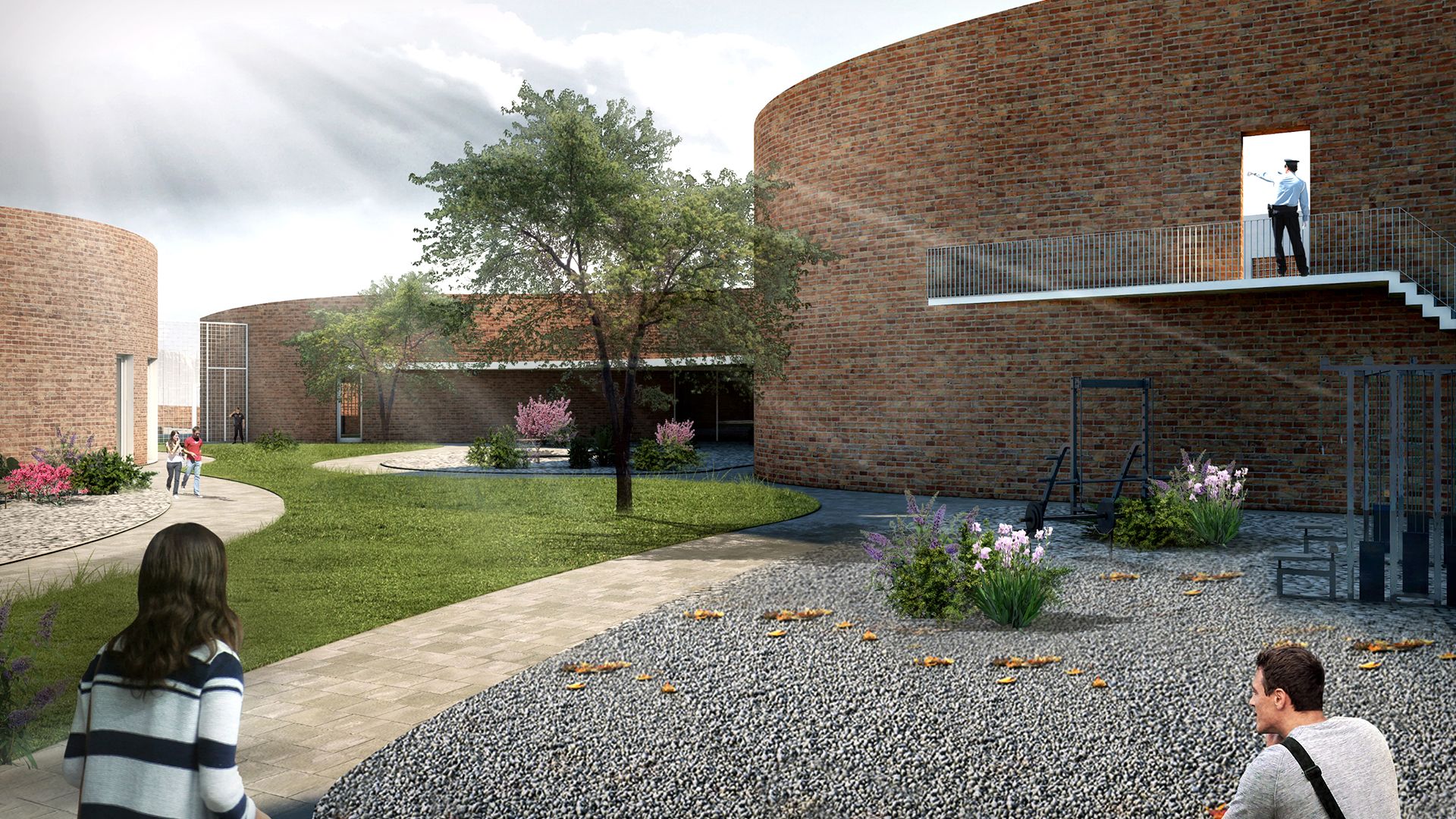 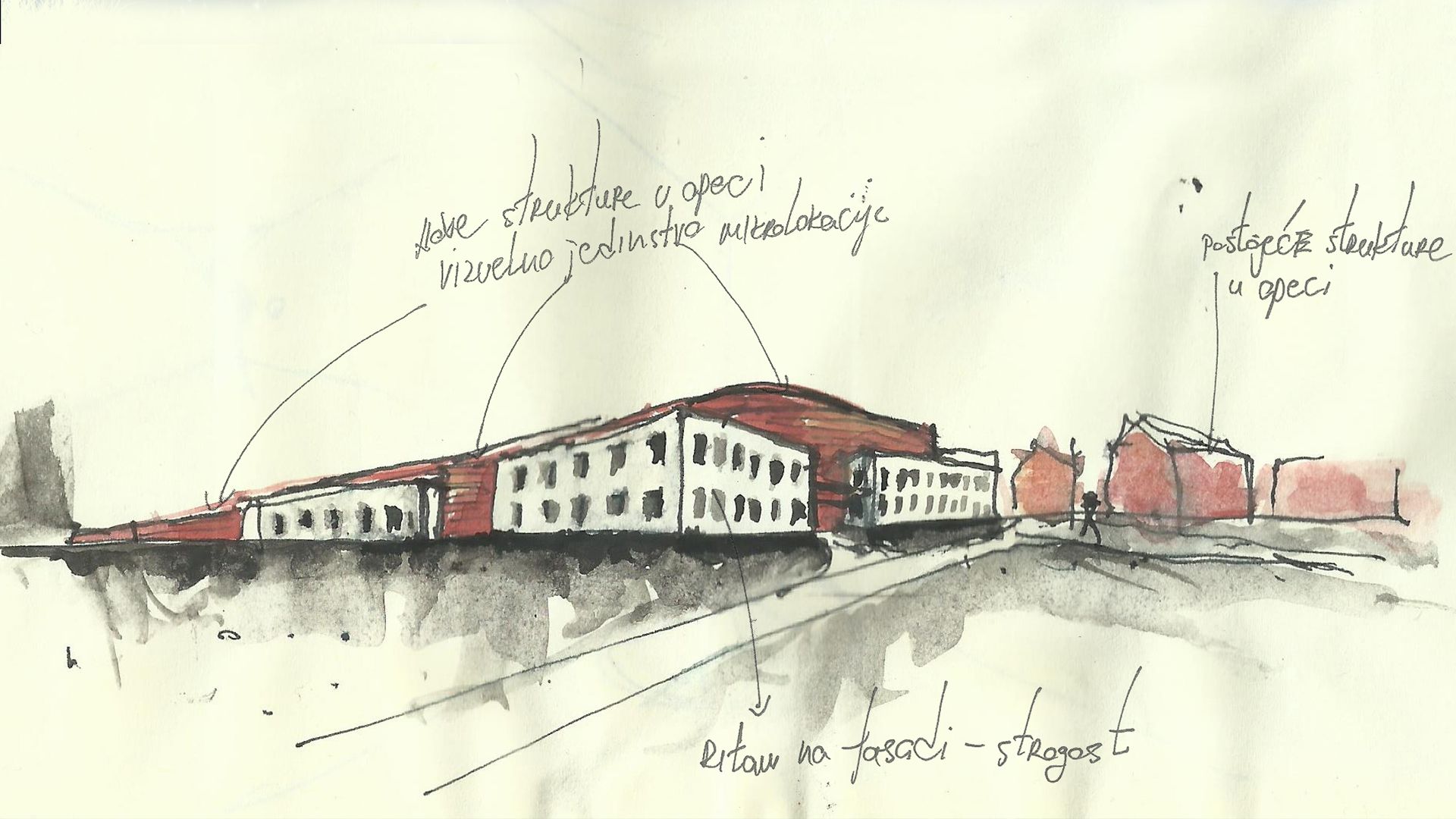 At a time when the method of designing imprisonment and deprivation of freedom of movement is questioned, designing them is a challenge. The starting point for the concept for new objects is to integrate the entire complex with the treatment of the form, or its elements, into the visual whole, that is to achieve the visual continuity of the site. As the highest aesthetic value of existing buildings, the use of brick on facades is imposed as a solid, solid material. Wall as an element that is the boundary between the inside and outside, the inner and outer, closed and open spaces. With multiple symbolism, it is treated differently in relation to the object on which it is used.

From strict to free form. When designing a complex, it is considered that objects with their architecture, in relation to the function, positively affect the prisoner’s psyche.So, at a special health institution, the wall was treated in a way that it had a free meander form, which forms atriums and spaces for sports and recreational contents. The wall is covered with brick and in combination with decorated green surfaces, it creates a warm atmosphere that positively influences the rehabilitation of patients.Application building, is something that represents the first contact of the environment with a prison complex. As such, it reflects the rigor and strength of the prison complex itself. And at this facility, the brick wall is the main motive, which in combination with the proper rhythm of the opening makes the building give the impression of seriousness and rigor. Particular emphasis is placed on the massive stand alone wall, which in functional sense is the support of the overhang, the main entrance of the comlex, but it also represents a benchmark in the space, and clearly highlights the site of the main entrance.An open prison is an object intended for prisoners serving the last days of their punishment and they need resocialization and habituation to life without bars. On this object, the wall is in white, visually lighter, with irregular and free openings on the facade. The treatment of the opening of the wall has become dynamic and playful with the intention of influencing the psyche of prisoners, who should celebrate freedom.In the multifunctional facility, the starting concept is the design of a multifunctional hall for events and performances, part of which at the same time is suitable for religious ritual of any religion. The idea is to achieve the mystique of space by the way of introducing light into it. By illuminating one of the corners of the object and passing light into the space through the dotted openings that will drain onto the two adjacent façades, the effect is achieved by the religious perception of space, its mysticism, and finally the basic function, natural light is introduced.